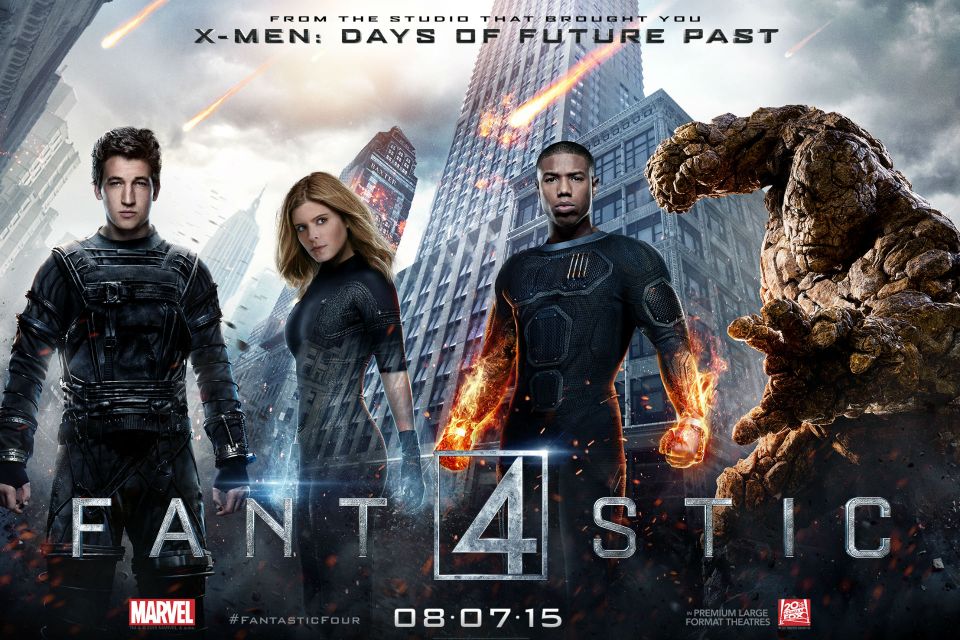 I was wrong about Fantastic Four. That’s easy to say before you’ve seen it, but the filmmakers, like me, actually thought about what the franchise means before there was a movie to see. And they got it right-er. So much so that it’s genuinely more than a franchise, it’s a concept, like popularly-generated mass-culture was meant to be.

I was relieved when Franklin Storm was revealed to be a major character, since he supplies the daddy role so essential to the FF’s familial structure (created and cursed by father-figure Reed in the comics). I still suspected the all-twentysomething team as being too undeveloped for this Cold War-era, (literally) nuclear-family concept. But this is exactly what lets them develop. Kirby & Lee accumulated such a mythos and extended family of characters in the comics, that to present them fully formed would be overwhelming even if any filmmaker ever figures out how to do it.

Unlike in the previous two FF movies, we actually get a feel from the new flick for who there characters are, and why they’re like that. The brainy outlier Reed, the intrinsically strong and rational Sue, the loyal, hostile Ben and the impulsive, good-hearted Johnny; personalities, not powers, are what you have to get right. Though the powers look cooler than in either of the last two films. We even get the first menacing, emotionally armored Doom — always a dilemma since there’s been a perfect Dr. Doom onscreen for 38 years, and he’s called Darth Vader.

In the Cold War, the FF were created when Reed steals a rocket he’s been working on to beat the “Russkies” to the moon; it’s Victor von Doom who attempts dimensional travel to contact his beloved dead sorceress mom — and it’s a mark of America’s now-unrestrained ambitions that the experiment that goes wrong has been shifted from the villain to the “goodguys.”

This Fantastic Four plays like a claustrophobic 1950s sci-fi film, and that befits the end-times hopes and last-ditch efforts of our war-torn, freakishly warming world. In the climactic struggle Doom, who longs for Susan from inside his head, says “I imagined another future for us,” and that’s the crux: the future will decide what happens in it, and some choose a good one by navigating it — the FF are ever explorers — while some can try to seize it and break it in their hands. In this movie, the FF grow up — and the future, which I hope to see, is theirs.